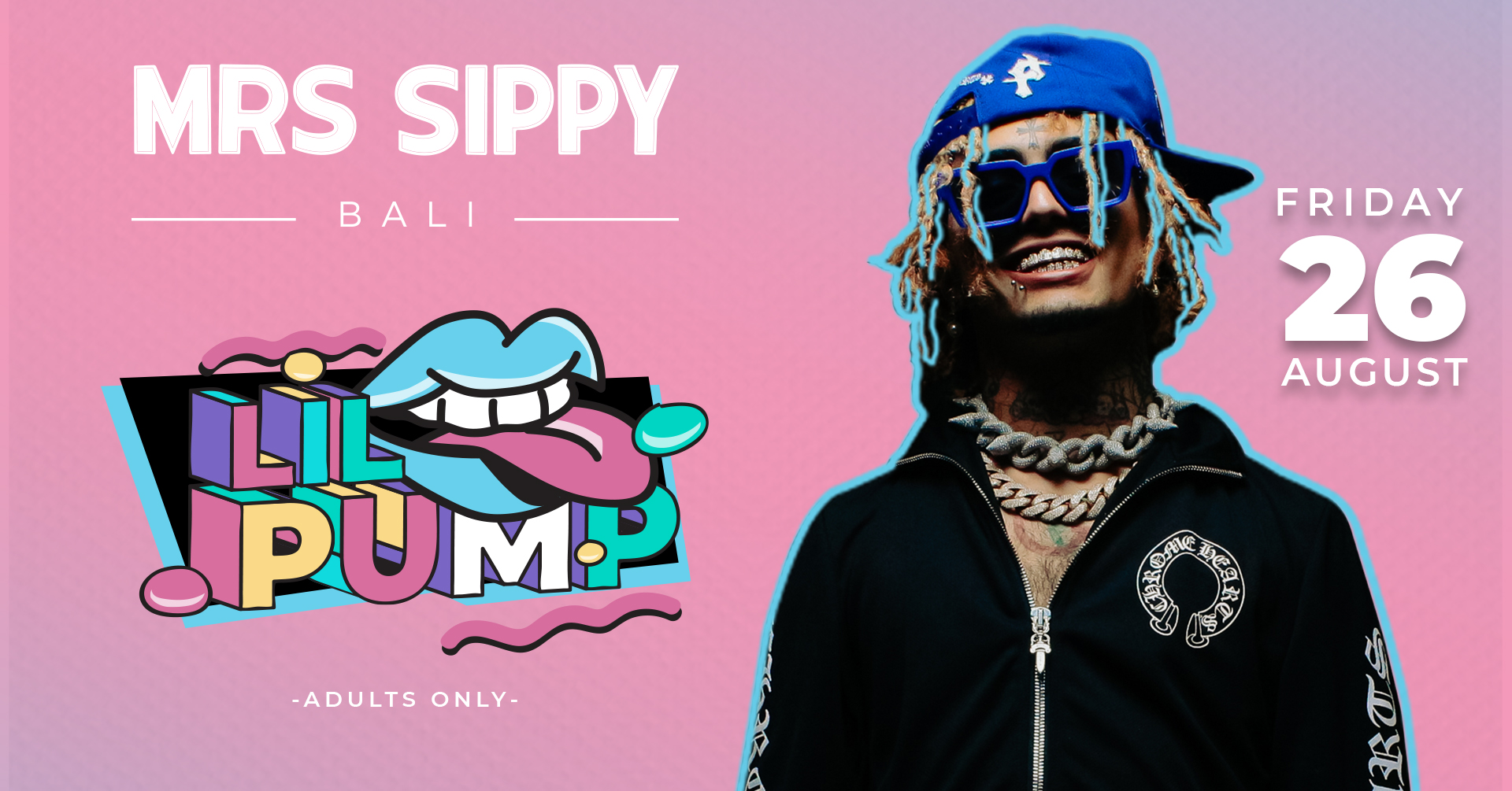 Lil Pump is a rapper who first gained recognition in 2017 with the viral hit “Gucci Gang” from his self-titled debut. The track reached number three on the Billboard Hot 100 and was certified platinum by the end of the year.
The rapper also scored collaborations with Diplo, French Montana, Gucci Mane, Smokepurpp as well as a series of popular videos that helped him build an enormous social media following. In 2018, he collaborated on tracks with Lil Yachty and BlocBoy JB before releasing “I Love It,” a collaborative single with Kanye West accompanied by a short film directed by Spike Jonze.
DAYBED BOOKING
Be party prepped arrange a daybed before it’s too late!
Daybed packages are not subject to change.
For information regarding your booking, contact our reservations team on
WhatsApp https://wa.me/6282145001007 or reservations@mrssippybali.com
DOOR POLICY
Adult’s only event, strictly 18 and over.
Health and safety protocols apply.
All patrons are subject to having their personal belongings searched.
T-shirts and singlets with beverage logos are not permitted.
No outside food and drinks are allowed in the venue.
+ Google Calendar+ Add to iCalendar

The monkeys have missed you too. ⁠
⁠
...