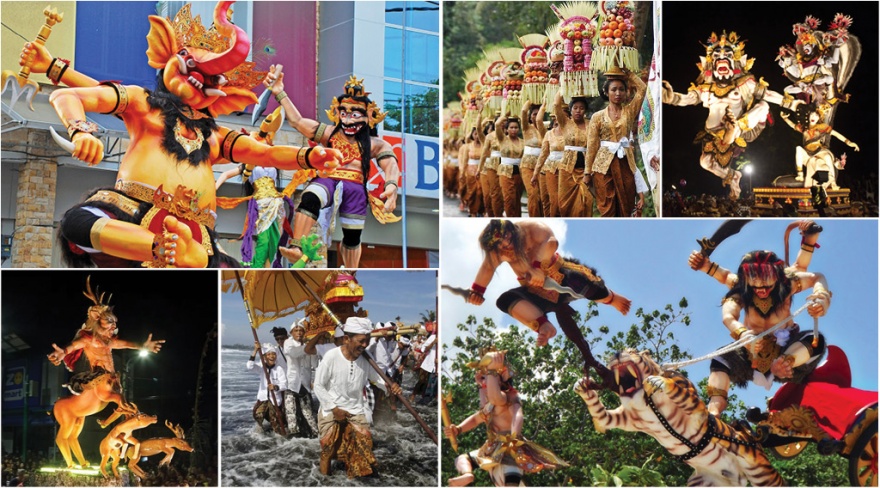 The biggest day of the year in Bali is almost upon us. March 17 – to be exact – is Nyepi. Ondy Sweeting gives the low-down on the lock down.

The Balinese day of silence is the start of the Balinese Hindu New Year and is a time to reflect on the year past and plan for the year ahead – but only after a colourful and loud delerium. Nyepi starts with a rolling parades and parties that are bif and brash and noisy enough to attract evil demons. Once the island gets the notice of these malign spirits Bali goes quiet then dark so the hapless incubus fly straight over the Island of the Gods. Balinese are predominantly Hindu and take Nyepi seriously and expect every other person on the island to join the fun then honour this 24-hour period of calm. Visitors should get hip and plan ahead to make the most of this event that is totally awesome and only found n Bali. 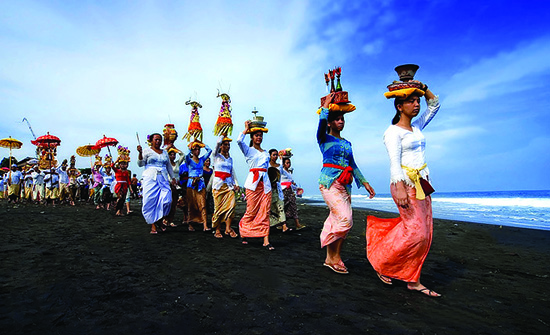 WHAT HAPPENS THIS FRIDAY

An awesome party and parade, is what. Villagers spend months leading up to Nyepi making the huge and horrific Ogoh-Ogoh of papier-mache and fabric. These mystical monsters are made to look as terrifying as possible, their bodies deformed and the faces distorted, with eyes that bulge while staring into a phone on a selfie stick. Ogoh-ogoh represent evil spirits and are paraded through the streets across the island accompanied by children beating drums and bashing kitchen equipment to attract all evil sprits. Many Ogoh-Ogoh are burned to the ground on the beach and everywhere festivities erupt with local orchestras playing traditional trance music and young men wearing sarongs dance to the beat. Pull up a seat and enjoy this blast of colour, culture and sounds. 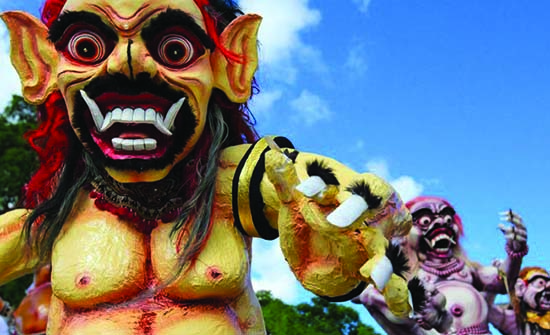 From 6am on this Saturday to March to 6am on Sunday no electric lights should be used and people must not enter the streets. Internet services might even shut down. No cafés, clubs or beach bars are open. The airport is closed. Local security guards in black and white sarongs patrol the streets for those who breach local protocol. Better to leave the search for that special insta moment for another day and stay well within the realms of the resort of villa. Be warned, some dense dolts have found themselves in a less than luxurious local lock up for being difficult on Nyepi. 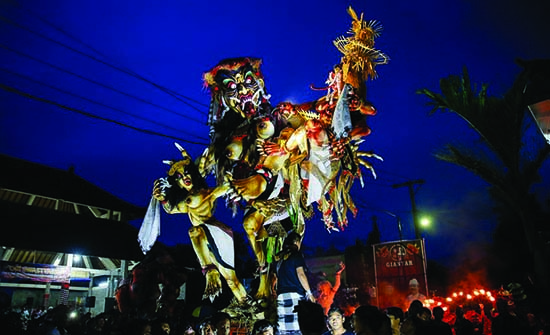 Hotels and villas are set up perfectly for ‘silence day’ with fun kids activities, grand dinners or starlight buffets by candlelight – all planned to perfection. Sunset cocktails to the soundscape of the sea or jungle followed by a ballroom dinner and stargazing is the plate de jour. Soak in your resort or villa pool, book a spa treatment or two and recline in the cushioned pavilion and chill. Go local and use Nyepi as a time to reflect and meditate. Dodge over indulging in life’s vices and set a softer tone for the next day at least. It’s a fabulous time to hear serenity. Look up – the stars are amazing and they glitter and shoot across the night sky, which is a rare treat in our brightly lit world. 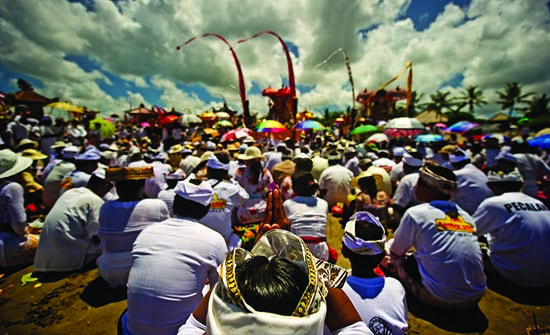 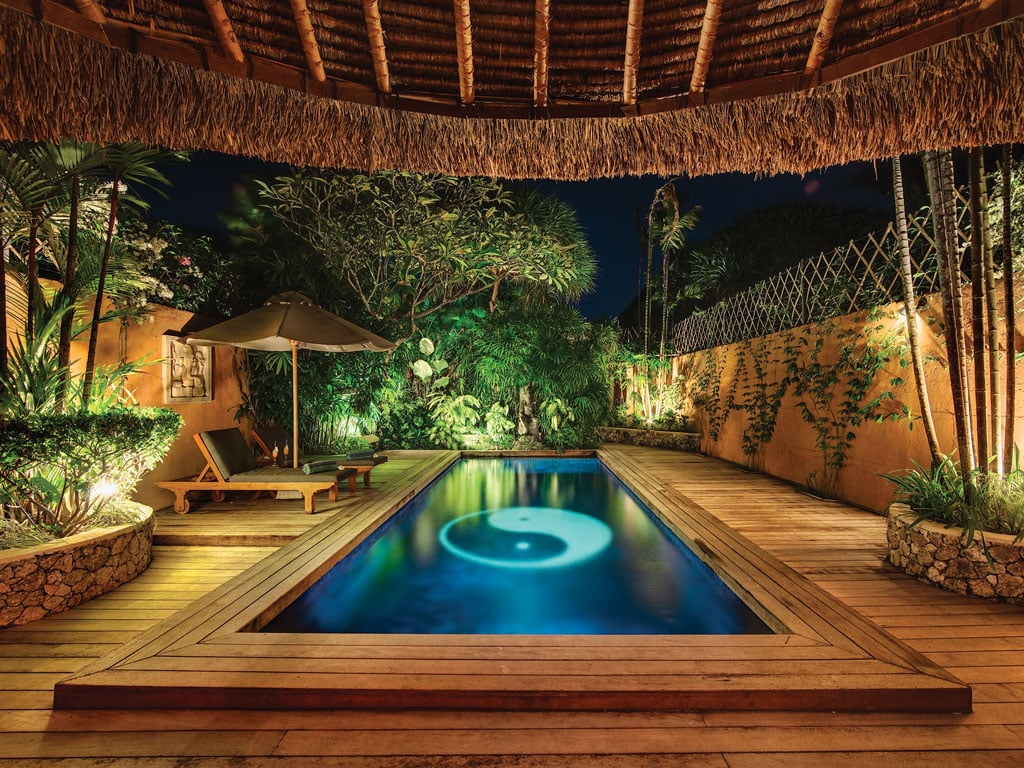 The Villas Bali Hotel and Spa in Central Seminyak 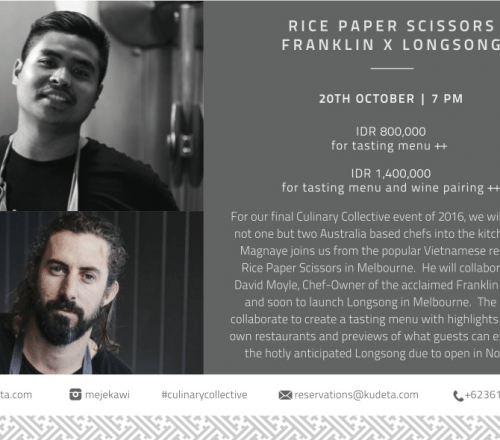 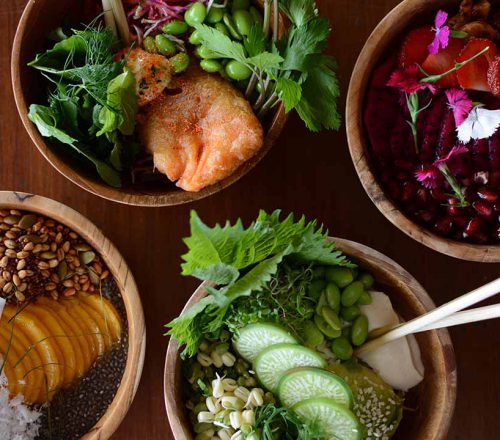 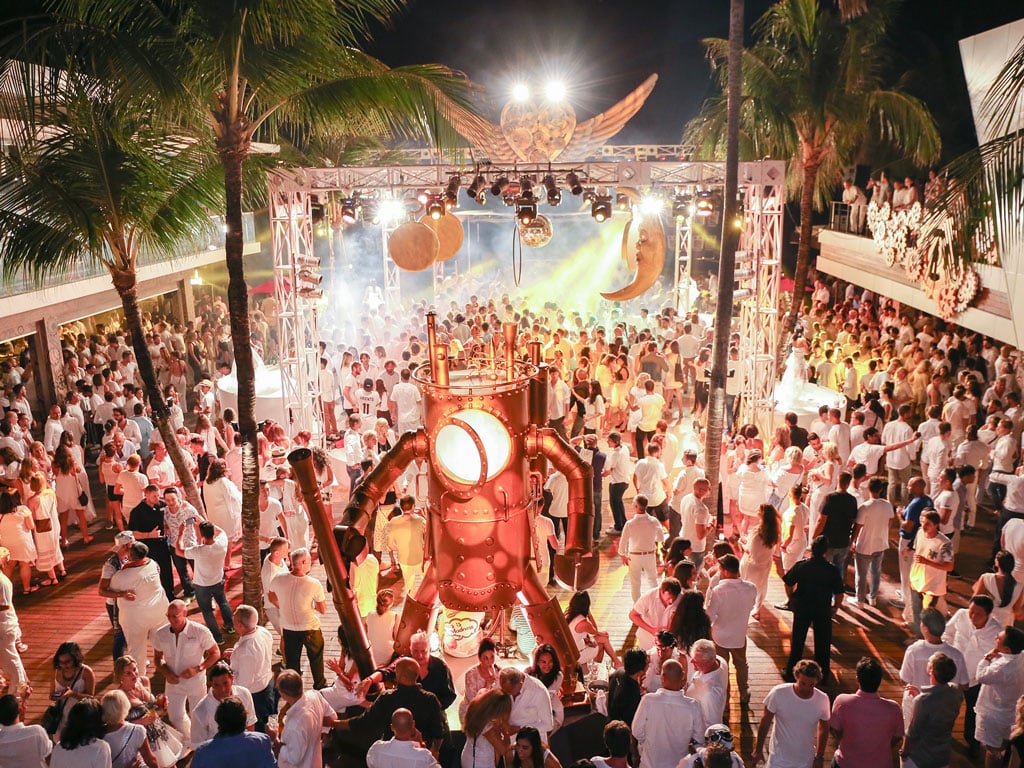 From Stylish Dining To The Ultimate Sunsets